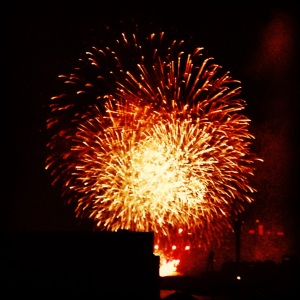 2013 didn’t end well for me. Discovering your ‘ex’ has re-partnered – not for the first time, not by a long short – but significantly so to the point of getting those matching tattoos you now realise he never intended to get with you, is a blow. Seeing them out and about together whilst simultaneously experiencing an overwhelming sense of fulfilled premonition is apparently enough to send a person into a physical state of shock. But worse than that is having seen you begin to shake and tremble, not offering you so much as a sympathetic look or any kind of follow up to see if you’re ok. No kindness, no compassion, no familiarity after 18 years of life together – well, that just plain sux and is a hell of a way to collapse a year.

The temptation was to write-off 2013 and good riddance to it; to declare that 2014 had to be better because it couldn’t be worse. But there was something about that pre-scripted, clichéd response that just didn’t ring true for me. Even in my turmoil, I had to acknowledge that despite the cataclysmic finale, on the whole, 2013 was an incredibly empowering and triumphant year. To see it any other way would be to rob myself of the hard earned gains and to undermine the wealth of love and support that made the year’s extraordinary achievements possible.

Having paused to take stock of all of this, I decided to challenge myself one more time. A couple of days out from the new year, I wanted to see if I could reach 1,000 followers on Instagram (I had 39 to go). This may not seem like a big deal, and it’s not but it wasn’t about the number so much as it was about identifying the life lessons learned across the year through high-stakes experimentation and seeing if I could apply them in a more deliberate and intentional way. And what do you know? It worked! I reached 1,000 by 5pm that same afternoon.

That small win allowed me to pick myself up, dust myself off and step into 2014 knowing it will be better than 2013, not in spite of it but because of it.

Nonetheless, I have no idea what this year will bring. I have no over-arching vision which is both scary and exciting in equal measure. Mostly I’m curious to see where I end up this time next year because there’s just no way of telling. Surely being open to the possibilities is half the trick though!

As for New Year’s Resolutions, I have only my perpetual ones to lose weight and get fit. The difference this year is that it’s not a hope pinned on external factors but a decision emanating from within. I’ve been saying for a while now that if only I got more sleep, meditated daily, drank more water and freshly extracted vegetable and fruit juices – my life would change dramatically and I could do and be anything I wanted. So that’s exactly what I intend to do.

To that end, my sister Bec and I have committed to a year of prioritising our health and fitness goals. It should be said that Bec and I have been comrades-in-arms in this battle since we were babes-in-arms! I don’t actually remember a time when I wasn’t body-conscience and that pre-dates school. Down through the years, we’ve tried it all and met with varying degrees and lengths of success. This year, we’re taking a more holistic approach that integrates all those years of learning and tailors it to our individual ambitions. We’ve worked methodically through a process, usually reserved for business planning, to arrive at a vision statement and set of ‘big rules’ around diet and exercise.

What I found most intriguing in the process, is how differently it manifested for Bec and I. Although cut from the same original cloth, we’ve both taken very individual journeys through life. Childhood bullying left different scars, provoked distinct responses and behaviours and carved out divergent paths to adulthood. It was reassuring then to find this process led us to slightly different set of rules and plans of attack.

We kicked things off together with a successful 5-day juice detox that we both continued for the following few weeks. Bec has moved beyond it while I’m sticking with it for the time being for strategic reasons – there’s a lot more in my plan that relates back to discipline to integrate back into the other aspects of my life.  Even my exercise regime is more about getting me out of bed in the morning than it is about the exercise itself at this stage.

I’ve also decided to set myself monthly physical challenges. Again, this is as much about getting me out of my comfort zone and breaking long-held limiting beliefs I’ve had about myself, not to mention enhancing future travel experiences!

In no particular order, my list of physical challenges includes: learning to ride a bike, kayaking, running, swimming, hiking (shoes already purchased!), horse riding, rock climbing, dancing of some kind (I’m thinking tap would be fun or at least funny!).  It’s my intention to set specific dates for each event and invite anyone who’s interested to join me. I’m also open to suggestions for other challenges though reserve the right of veto (it has to be something I actually want to be able to do and I’m no thrill seeker! There’ll be no white water rafting or bungee jumping!).

To kick things off, January’s mission is to learn to ride a bike from scratch! Stay tuned to see how that works out!